Jimmy the Fox pulled on his maroon dyed sable coat and his red felt Stetson hat. He felt like he should be wearing a fox coat but the sable was so much cooler. And, it hadn’t cost anything. Security at the thrift shop is pretty lax. He grabbed his walking stick and stuck his “lucky” 38 Charter Arms Lite Revolver in the shoulder holster. He loved this pistol and called it Bernice. Bernice had a stainless steel and red finish that matched his hat. Weighed less than a pound, unloaded, and had a five round capacity.

It was “lucky” because he had scared Arles with it enough for Arles to leave him alone. Jimmy didn’t even have to shoot him. But he would’ve you know. He wasn’t scared. He hadn’t been scared when he’d fought Lucy Lambert, in eighth grade, either, and she’d had 2 inches and maybe twenty pounds on him. Yeah, she had gotten in a few lucky blows, she’d even knocked him down; but it was only the one tooth, and in the end she had run away crying. He showed her.

He had even been thinking about changing his name from Jimmy the Fox to “Deadly” Jimmy the Fox and he was fixin’ to ask the boys to start calling him Deadly or Dead Eye, he wasn’t sure which but as soon as he decided it was a done deal.

Dead Eye, or Deadly strutted down the hallway to the kitchen. He was surprised to see someone was there.

“Yo, Mom,” he said, and his voice cracked. He cleared his throat and continued with the deepest voice he could muster, “I thought you might have left for work already.”

“No Jimmy,” she replied, “I made you pancakes for breakfast. Sit down, I want to talk to you before you go to school.”

“Sit down, smart guy.” She pointed her spatula at the table and from her tone, Jimmy the Fox knew there would be no negotiating with her. Not today. He sat down; making sure his sable coat covered his shoulder holster. Mom would freak if she knew he was packin’.

She flipped his pancakes and turned to look at him, “Are you going to Garfield High today or are you on your way to clown school? – You’re not really going out in public dressed like that are you?”

She rolled her eyes, and under her breath she muttered, “Jesus, give me patience.”

“I ain’t got a lotta time Mom and I’m assuming you didn’t want to talk about my wardrobe so, watsup?”

“Your report card came in the mail yesterday. That’s watsup.” She set a stack of flapjacks in front of him and nudged the syrup over. “You’re performing below average in three of your five classes and the other two you haven’t even bothered to show up for. What the hell’s going on?”

“Oh, those two classes that I’ve been missing… it’s because, well it’s because, I made the tennis team, yeah that’s it. They told me to drop those classes so that I can go to practice the last two hours of the school day. I’m surprised that’s not mentioned on the report card. I’ll go into the office and have a word with them about that today.”

“Jimmy, just because I was born in Texas, doesn’t mean I was born yesterday! You’ve never played tennis in your life. Where’s your racquet? Where are your white shorts and shoes?”

“They’re at school, in my locker. On the varsity team they have equipment managers to wash your uniforms and stuff. They even keep my racquet strings tight.”

Jimmy finished up his breakfast, “That was really good, Mom. Thanks.” He carried the dishes to the sink, rinsed them and put them carefully in the dishwasher.

“You want a ride to school?” she asked him.

“Naw, it’s OK.” He told her, “but thanks, Paula’s picking me up.” He gave her a peck on the cheek and headed out the door to the front porch.

As if on cue, Paula pulled to the curb and idled her Mopar in front of his house. She could see Jimmy was in a mood.

“I guess I gotta learn to play tennis.” He told her, “Can you teach me?” 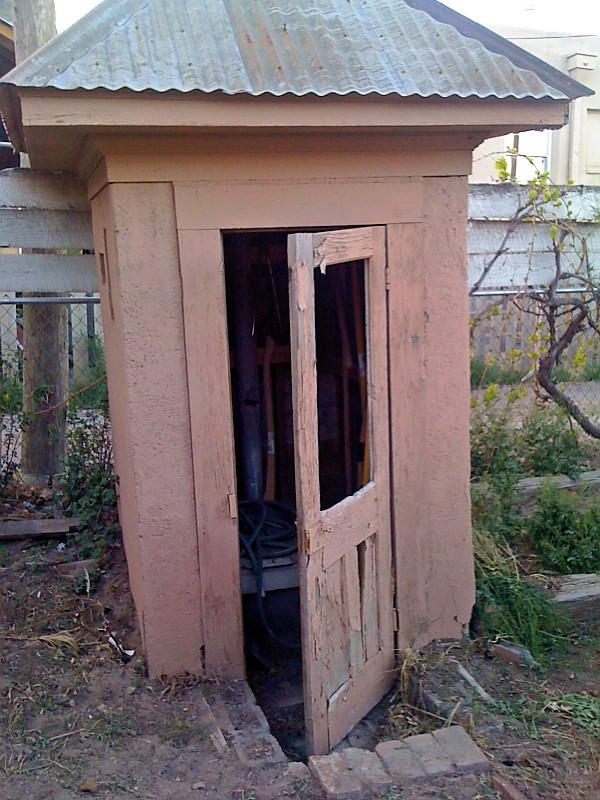 I came across this challenge today and thought I would throw this door into the mix! Hope you don’t mind me playing along.