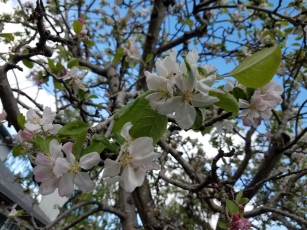 We got to the test site base camp in the late afternoon of July 14th, and had traveled quite a distance to arrive at the Alamogordo Bombing and Gunnery Range that day. All told there were about 400 of us there.

They weren’t ready for me or my team when we got there so we moved into the camp and got something to eat. It was about eight o’clock that evening before word came down that we were on. My team worked under the code name “FLASHPOINT.” There were six of us and we worked in pairs. Victor and Loretta went to the northwest edge of the site, Larry and Rick went to the east, while Brenda and I drifted to the south. We stayed in contact with one another until everyone was in position and then shifted to radio silence while we set up our equipment and instruments.

Brenda was excited and she talked continuously; to me, and to herself, and to the night sky about what she thought we would see and about the benefits of this technology.  She was giddy with anticipation and looked forward to analyzing the data we expected would be gleaned from this first test. She was a talented engineer and scientist. I shared her ebullient anticipation but I lacked her loquaciousness. We worked straight through until almost 0400 on the morning of the 16th when our preparations were complete.

About half an hour before we completed our set up, Larry and Rick had broken radio silence to announce, “B Team standing by,” which was their announcement that their preparations were complete and they were ready.

At 0358 Brenda broadcast, “A Team is standing by.” Victor and Loretta announced their readiness at 0514 and we all knew that from that point it would be exactly 15 minutes until the test commenced. We expected things to happen fast when it began so we settled in on our folding chairs, where we could watch the equipment. We waited and at 0527 I reached over and took Brenda’s hand. We sat like that until it happened.

We felt it first. The earth jolted and the ground began to shake. It was immediate; there was no slow buildup or early tremors that we had anticipated. We had been wrong about that, but before I could register our miscalculation we saw it. In the blink of an eye there was a dome of light to the north of us. It must have been at least 500 feet high and then it blossomed into a mushroom shape of smoke and dust as the glow grew wider and higher. Brenda and I were both thrown backwards to the ground and everything went black.

I learned later that Larry and Rick were both killed as a result of the initial blast. They were the closest to the test site. Victor died less than three days later. Loretta lasted five. Brenda was hit by one of the spectrometers that had been thrown by the force of the explosion. It killed her immediately. It’s been a year now and somehow I’m still around. I sleep a lot and I have my moments of clarity, but for the most part I’m confused. Some days I can’t remember my name, or the future that Brenda and I had envisioned for ourselves. I get bad headaches that resist the best efforts of the doctors to treat. I’ve lost over 48 pounds due to the nausea and my inability to keep food down.

The symptoms are getting worse, not better. I think Brenda and I will be reunited soon. I hope so.