I wrote this for the April 25th Flash Fiction Challenge

“Raul, please rest. You can’t help us if you’re dead.”

“I’m sorry, Alondra. I have to finish before the rains come.”

She shook her head and returned to the house, where she made a big jar of Sandia Agua Fresca. Then she made Pambazos and wrapped them in a napkin, to keep him going. He was bleary-eyed when she returned with the food.

“Raul, you need to rest.” She took his hand and led him to the cool shade of a large Alamo tree. They ate. They made love in the dappled sunshine. Afterwards, she watched him sleep, exhausted.

The prompt: In 99 words (no more, no less) write a story that includes exhaustion. Who is exhausted and why? Can you make art of exhaustion? Go where the prompt leads!

Melissa slowed the car as she approached the intersection. Reaching over she shook Dwight’s shoulder and studied the road signs. The Milky Way was a grand display in the inky sky.

“Darrel, honey? Darrel? I think I’m lost. Which way should I go from here?”

Trevor slowly opened his eyes and studied his surroundings. To his right there was a pole covered with highway signs. There must have been thirty signs and arrows on the pole – correction, poles, lots of poles – there was a forest of poles and they held up signs with highway numbers, and village names. There were signs claiming ‘East’ or ‘West’ and arrows that pointed in every direction. He rubbed his eyes.

“Jeeze, Gertie. Where the hell are we?”

“If I knew that I wouldn’t have had to wake you up.”

“I don’t know why you woke me up anyway. I can hardly spell ‘map’ let alone read one. Have you seen any gas stations? Maybe we can ask for directions.”

“There’s been nothing on this road for a long time, Ed. No gas stations, no towns or farmhouses. Hell, there’s hardly been any traffic even. Don’t you have a GPS system on that fancy phone of yours?”

“You’re right. I do.” Warren patted his trousers and found his phone in the left hip pocket. He leaned to his right and pulled it out; turned it on and waited. After only a short time he turned the screen and showed it to Belinda, “no signal,” he said.

“What would she do?” Elizabeth asked.

“I think she’d keep going towards one of those towns listed on the signs. She’d stop and ask directions there.”

“We should have brought her along with us then.”

Roger was silent. He turned his head and glared at Amanda, “I don’t think she would approve of us, Betsy. It’s probably better that she stayed at home.”

The engine chose that moment to cough, then stutter, and then stop and wheeze.

Tanya and Mark looked at one another, eyes wide.

“How far back was that last gas station?” he asked. 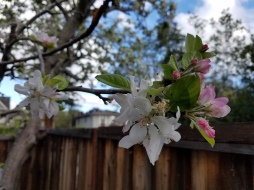 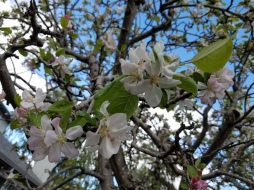 I didn’t write this for the April 18th Flash Fiction Challenge
I wrote it as part of a longer story in 2014.
Guess what? Ninety-nine words exactly.
I think it kinda fits the prompt, in a tangential kinda way.
I’m gonna roll with it, if it’s OK with you, Charli.

Jimmy and Nancy continued to go steady for about three more days after the party.  A year after high school Jimmy managed to secure some venture capital and founded a software company in San Jose.  There’s a scholarship fund named after him now. Nancy works at the Speedy Mart.

Becky is the Assistant DA of Lincoln County and has been in a committed relationship with Samantha Christian since she got out of law school.  Samantha is a stay at home mom, taking care of the two boys she and Becky adopted.

The prompt: In 99 words (no more, no less) write a story about gender. It can be fixed or fluid. Explore the topic on your own terms and open your mind to possibilities and understanding. Go where the prompt leads!

Randy took the stairs down from Veronica’s apartment. It was only five floors and he usually chose stairs over elevators. Outside, he raised his arm and hailed a cab. He could have simply cut across the park but there would be less explaining to do if he returned home in a cab, he’d told Amber that he would be at a trade show in St. Louis. It was just a little white lie. Nobody could get hurt.

Missed out on the first one but I figure you can just apply that to the author. It’s all good then.

I wrote this for the April 11th Flash Fiction Challenge

He didn’t hold a sign or jingle a cup with a few coins.
He wasn’t selling apples or matches, or singing street music.
He sat with his eyes closed in the chill evening air; had his blanket pulled tight.
So, he didn’t see her approaching from across the road.
“Hey,” she said to catch his attention.
When he looked up at her he was startled.
She was well dressed, but looked stern, the way his teachers had done.
He took the white paper bag that she proffered.
“It’s warm,” he said.
She simply nodded, turned around and walked away.

Follow the hyperlink at the top of the page to find out what the prompt was. Take a tour of Carrot Ranch while you’re there. You might want to have a go at the challenge. You might not. You have choices. Thanks, Charli; this was a good one.

“Of course we used to tell them that stuff. Me and Muriel, we taught Santa Clause theory over the dinner table. We proffered Easter Bunny conspiracy scenarios as we drove them to Sunday school and then back home again, after stopping at Golden Corral for a lunch buffet. We talked about the Tooth Fairy, the Sandman, honest lawyers and politicians, not to mention the military industrial complex. We did all that stuff, but something still went wrong. Damned if I can figure it out.

“She left home in OhFour and we haven’t seen her since. She kept snakes when she was a teenager, but get this; she didn’t keep them as pets. Oh no, she raised them for food. Not food for her though. No, she wouldn’t eat them. She was a very picky eater. About once a month or so, she would box one of them serpents up and mail it to an orphanage in China. All because her mother, or maybe it was me I don’t remember for sure, had once tried to convince her to clean her dinner plate by telling her about ‘all the starving orphans in China’ who would be grateful for her liver and onions, or her Brussels Sprouts, or whatever it was that she wasn’t eating at the time.

“Is that what they call those tiny cabbages? Brussels Sprouts? I think it is. You know what I’m talking about don’tcha, those little green balls’a shit that people either roast, or fry, or boil, or whatever? They’re horrible but they are supposed to be good for you so her mother and I would choke a couple of them down and force the kids to eat the rest.

“Anyways, right before she left home for good, she packaged up one of her snakes to mail to China. There was a knock at the front door and when I answered it; there was a Postal Inspector, or a US Marshall, or an FBI guy, or one of those other puppets from the authoritarian regime. He asked for her by name so I called her downstairs. They arrested her on the spot for sending live snakes through the mail. Led her away in handcuffs, they did. We asked where they were taking her but they would only say ‘a detention centre, not too far away.’ I wish she’d write, but it’s been, what? Fifteen years now? Not a word?

“We had a bit of hope when the paper said that the government announced they were going to reunite parents and children who’d been separated at the border. Then Muriel pointed out that we don’t live anywhere near the border. I still wanted to believe though.

“It’s getting harder though, as each day passes.”

Missed out on the first one but I figure you can just apply that to the author. It’s all good then.

I could hear the periodic calls coming from the bottle that sits on my table.
At first, they were
teasing,
enticing,
inviting.

I ignored them and their ‘come hither’ tone slowly changed
They became angry. Perhaps because
I wouldn’t join them
I wouldn’t come to play

They began to yell and to berate me. Say ugly things about my mother.

I was having none of it so,

They began to scream.
at first, it was constant, a cacophony of noise that almost drove me mad, but
their persistence is waning; and now I hear only one scream at a time.
They’re angry with me and
justifiably so; because I won’t go there. I won’t come in. I won’t capitulate, become one of them.

I could.
I would be so easy.
I’ve been there before and it’s wonderful for a while, but I don’t want to go back.
I’m almost ready to throw the bottle in the street.
I envision the crack and shatter of glass on concrete,
but something holds me back.
Something dark. Something strong. Something blue.

I wrote this for the March 28th Flash Fiction Challenge

He chose to stand atop a grand eminence, banked by steep outcroppings; a sentry, ever vigilant who watches over the Pacific.  He has stood this post for more than fifteen hundred years. He is a giant towering over 300 feet high. He is massive, with a base of more than 30 feet in diameter. A Giant Coastal Redwood, a landmark with owls and auks living amongst his branches.

I come here to admire him from time to time. I always come alone. I am humbled.

The prompt and instructions were:

In 99 words (no more, no less) write a story that uses the word eminence. It’s a rich word full of different meanings. Explore how it sounds or how you might play with it. Go where the prompt leads!